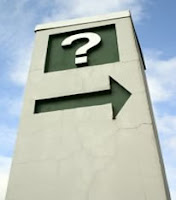 Via the Darling Miss Erin, this is a meme that has been circulating around the kidlitosphere. Erin has come up with these five questions for me to attempt to answer (they're really hard!). To keep it going, let me know if you want me to give YOU five q's in the comments!

If you could co-star in a movie with a famous (or not-so-famous) actor or actress, who would you pick?
This may be because I'm watching season 5 of ALIAS right now, but I think that Jennifer Garner would be cool to work with. Mostly because she seems really nice and not at all scary or intimidating. And then I could be the quirky sidekick. I always wanted to be a quirky sidekick.

If you were a villain in a book, who would you be?
Oh, this is horrible. Fantastic, but jeeze. I wish I could say Artemis Fowl, because he's just awesome, but there's no way I merit. So who would I be...Well, I took a quiz recently that said I was Mystic from X-Men...er...crap. I'm just not evil enough. I need to be someone misunderstood. Someone who means well, but just goes about it mysteriously or in the wrong way...who would that be? Oh, right. Snape. You know. If I were a guy. Who doesn't bathe (ick). And in a book. But mostly, I just don't want to be evil. And I don't think he is.

Best book you've read this year?
Easy, but only because we're only 3 months into the year. Twisted by Laurie Halse Anderson. (Dramarama by E. Lockhart is a fun second, though! Which, Erin, I just know you'll love.)

As a librarian, what's the funniest thing a teen has asked you?
You know, you'd think otherwise, but when a teen actually gets it together enough to ask me stuff they are usually dead serious. I've only been at my job for 13 months, and as we don't have a Teen Advisory Group (I'm working on it) and we don't do much targeted programming for them (starts this summer!!) I only have a handful of teens that know me well enough to relax. Strangely, all of them are boys. I did have one poor kid, while talking to me, drop his pile of books like three times in a row today. That was pretty funny. I waited until he left to chuckle, though.

If your life were a book, what genre would it be?
What it is or what would I like it to be? Hmm...Well, I think it would be cool to be in a Fantasy. Something with Magic. But that's probably the obvious answer. What my life is? At times I feel like I'm in a screwball comedy (see: black & white films with Cary Grant and Katherine Hepburn. I just need a Cary Grant.). For instance: I had people over for Corned Beef & Cabbage on St. Patrick's Day. None of the food was done on time. I ended up serving in 6 courses what should have been one sit down affair. First wine and cheese. Then the potatoes and carrots. Then soda bread. Then cabbage. Followed by the meat and finally dessert. It took over two hours, but ultimately was still fun. Despite the extra trip to the grocery store. And then there was the last time I went bowling...

Thanks Erin! This was fun!

Well, I leave for Seattle (Veg Fest! Woo!) right after work, so this is the last you'll hear from me for a few days! But never fear, if I don't post for Monday, stop by on Tuesday for my FIRST EVER AUTHOR INTERVIEW!!!!! (can you tell I'm excited?)
Posted by Jackie Parker at 11:36 PM

How exciting to have your first interview coming up!!! I look forward to reading it. If you want to send me five questions you can...I always like a challenge or two for my blog.

Those were great answers Jackie! I had lots of fun reading them. Looking forward to your author interview!

Cary Grant and Gene Kelly are my favorite actors.

I LOVE screwball comedies. My favorite kind of comedy! Bringing Up Baby is one of my favorite films, period.

Have you seen Ball of Fire?

Your questions and their answers were great! I would love 5 questions!