Ode to a Dying Show 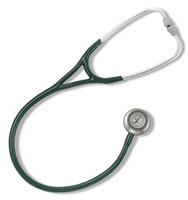 I have faithfully (well, mostly) watched ER for 12 years. 12. That puts me as a freshman in HIGH SCHOOL. It is a rare loyalty. I am therefore, feeling guilty that I can't muster up a modicum of excitement for tonight's show. Despite that my favorite character (ok - Green did always give him a run for his money in my heart, but then he went and died, so whatever) is coming back, I can only seem to feel rather tepid toward it. Let's start with the premise. Africa. I realize that it's this bed of medical hell and that awareness should be raised, but this is a TV Drama that relies on the relationships between the hospital employees (ok, mostly the Drs, as only like, 3 nurses were ever deemed worthy of storylines, all of whom slept with at least one doc, and one of which they felt the necessity of actually making into a dr - meanwhile poor Haleh has now been there longer than anyone - and did they ever even mention anything about her obvious stomach stapling which, still, after however many years makes me double-take when I see the shadow that she is of herself - never has more than a recurring walk-on. Ok, back to Africa.) AND THEY DID AFRICA, like 3 seasons ago, or maybe 4, or could it have been 2? Anyway, despite my lukewarm feelings for tonight's episode, they better not kill John off! I don't care if he never guest stars again, they just better not kill him off. 'Cause I know if they do, they'll just ruin some really great song like they did with Mark Green when they played Israel Kamakawiwo'ole (yes, I had to look up the spelling). Though, really, I just want Noah Wyle to do another TNT Librarian, Quest for the Spear! 'cause that totally rocked. heh. But I mean it, it did. Total camp. It was great (yeah, probably biased).

I've verbally lamented in the past about how ER tends to take perfectly interesting and likeable characters and literally KILL their storylines and likeability while trying to make them more interesting or give them 'depth' or something. The first example of this peculiar permutation came very early on when Benton's mother JUST WOULDN'T DIE. A more recent example would be Abby's mother/brother storyline which was more stale and boring after the first ep. than "a bag of chips left open in a rainstorm" (thank you, TWoP). The current, and most INFURIATING example is what they are doing with Sam. Not only did they exchange the actor that played her kid with a way inferior kid, they transformed her from a cool, together, independent chick, to this whiny, annoying thing that just makes me flinch. But there is John Leguizamo (btw, did anyone know that he was born in Bogota? I didn't). 'Course, he's just a guest, and his storyline's going to hell, too. Oh, and Gallant, who was the one guy who might have taken John's place in my heart, and who had actually interesting story potential, yeah, totally gone. Came back to marry Neela, then poof. grr.

Or I could just be bitter that I have to watch it all alone now, and not with my boys. And Emi. *sigh* Ah, well, at least I have Grey's Anatomy. And House.

DUDE, I JUST LOOKED UP WYLE AND THEY ARE TOTALLY MAKING ANOTHER LIBRARIAN MOVIE! Awesome. lol.
Posted by Jackie Parker at 2:31 AM

I know my loyalty to the show doesn't come close to what yours is, but I stopped watching this season as well. I saw the first episode, got frustrated, and didn't bother to watch it again. As the title of your entry explains, this really is a dying show. It's prime was ah, about 12 years ago. :)

Oddly, I have never watched it. I suppose there was too much going on, or I had other viewing priorities at the time.

I never got interested in Clooney (he was okay on Roseanne[before she got full of herself]), and who really needs to discover the political views of actors and actresses? *Sheesh!* So that keeps me away from watching anything he does, to this day. And why do the producers feel they have to promote their latest "concern" at the viewing audience?

CSI, NCIS, House, and some sitcoms are my television fare. I'm more the Three Stooges type anyway. Rather belly-laugh than tearfully whimper at the latest night-time Soap Opera.

Now, Dark Shadows, there was a fun Soap Opera! LOL