Once upon a time I decided I was too old for the teen section at the library. I thought that the librarians were judging what I was reading, and that they thought I was silly to still be reading "kid's stuff". So I slogged through the adult stacks reading what my mom read, perusing what I should read, or clinging to mediocre fantasy series; all so I didn't have to take a chance on something that all too often proved boring or painful. Now that I'm a librarian - a librarian who focuses on teen lit - I know that my 17-18-year-old self was...a complete paranoid lunatic. Even so, in a desperate attempt to read socially approved literature, I stumbled upon a Reader's Advisory bookmark on WWII Fiction, a genre I had always loved. At least, in the form of The Devil's Arithmetic, Number the Stars, and myriad others. And that is how I found Frances Donnelly's Shake Down the Stars.

It's out of print now. It probably was then. But my library had a copy, and after checking it out two or three times over the next few years, I decided I needed my own copy. My copy even made the initial cut and traveled 2,000 miles with me when I moved. Not many books did. WorldCat tells me that 888 libraries have copies. Not bad. Does yours?

Now that I've waxed poetic for an eon, perhaps I should tell you about the story? Although I warn you it's sweeping, epic, tragic and romantic.

Three girls. Their lives intertwined, but not willingly so. Virginia is an heiress without anything to inherit. Beattie, daughter of the gardener and accepted on scholarship to Virginia's mother's alma mater. And Lucy, the daughter of a writer and living in the house Virginia's family can't afford not to let out. Virginia is spiteful and angry; Beattie, innocent and earnest and Lucy, caught in the middle. But soon class and society will matter little as England enters the war and no one's future works out as they had planned.

Soon we are plunged with our heroines into a foreign and dangerous world with the London Blitz, a farm, a boarding school, dashing RAF pilots, the burgeoning film industry and each girl doing what she can to aid the war effort. Even if it means getting VERY creative with your wardrobe as everything becomes rationed, or trying to recover from the heartbreak of your life.

Ok. It's probably a little melodramatic. But in a good way, I promise. What separates it from your average melodrama is that while each girl definitely starts out as a stereotype, by the end of the novel all three have grown and truly transformed into strong women. You watch them love and lose, triumph and suffer through 6 long years of war. They make different, sometimes surprising choices that don't always work out well. Not everyone ends up better for the years.

Anyway, the book has stayed with me through the years, and that's all. I just wanted to share. 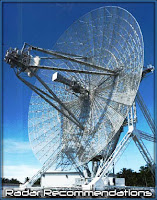 A Chair, A Fireplace & A Tea Cozy: Friends for Life and Life Without Friends both by Ellen Emerson White
Shaken & Stirred: The Changeover and Catalogue of the Universe, both by Margaret Mahy
Big A, little a: A interview with Helen Dunmore
Jen Robinson's Book Page: The Treasures of Weatherby by Zilpha Keatley Snyder
Bildungsroman: Swollen by Melissa Lion
Finding Wonderland: Lucy the Giant by Sherry L. Smith
Miss Erin: A discussion of Erec Rex: The Dragon's Eye and an interview with author Kaza Kingsley
7 Impossible Things Before Breakfast: Billie Standish Was Here by Nancy Crocker
Fuse Number 8: The Noisy Counting Book by Susan Schade
Chasing Ray: Juniper, Genetian and Rosemary by Pamela Dean
lectitans: Who Pppplugged Roger Rabbit? by Gary K. Wolf
Writing and Ruminating: Hugging the Rock by Susan Taylor Brown

Posted by Jackie Parker at 2:37 AM

Email ThisBlogThis!Share to TwitterShare to FacebookShare to Pinterest
Labels: Radar

I loved this book too, Jackie. Like you I moved away from YA at an early age...Great rec!

I am so going to hunt down a copy of this book - it sound awesome!!!

Aww. It does sound melodramatic, but totally in a good, fun, nostalgic for Georgette Heyer way. I'll try and find this!

Jackie,
Thanks for mentioning Miss Erin's interview of me. She did an amazing job! I'm curious if you read my books, what you thought.
Kaza Kingsley
Author of the Erec Rex series.
http://www.erecrex.com

I haven't read Erec Rex, but I promise that if I do, it will be on this blog!